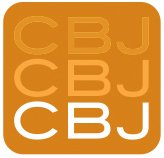 News, Information and Education for anyone interested in Estate Planning
NOV
2016

Tags : Estate Planning, trust and estates, will and trust, will services
Posted By : Chris Johnson
Comments : Off

There are a lot of theories and beliefs about what happens to us after we die, but one thing we know for sure is that death puts a definite crimp on our ability to go out and put in a solid day’s work at the office. That said, for entrepreneurs and investors who make the right kind of business choices and investment strategies during their lives can see their fortunes grow long after they are gone. Making sure that those fortunes go to the right people is a whole other matter, however, and that is where solid estate planning strategies come into play to keep your loved ones’ future stable and secure for years to come.

The Unending Fortunes to Be Made in the Afterlife

Every year, Forbes magazine releases lists of the people whose estates continue to make gobs of money even decades after their deaths, and, in some cases, far more than they might have earned in life. Michael Jackson, who passed away at age 50 nine years ago, made a $47.5 million investment in the Beatles publishing catalog in 1984, and even though he sold half of his stake in the catalog for $113 million in 1994, his estate’s sale of the remaining half brought in $750 million this past year (he also brought in another $75 million from other sources for good measure). Other people whose estates continued to make out-of-this-world incomes in the past year included:

Of course, most if not all of these names are continuing to generate money based on the value of their likeness or intellectual property simply held by their estates, as opposed to a family business which would change ownership upon death. But the point remains that the work we do in this life can have enormous financial implications far after our deaths.

Why Estate Planning is Important for Post-life Income Generation

One of the names that made the list, Prince, is a great example for why taking estate planning steps now can make sure that the income generated from your business investments and intellectual property goes to the right beneficiaries after you die. Prince died this past April with an estate worth approximately $300 million. And after he died, he earned another $25 million from the sale of his music and other products. But, importantly, he died without a will or any other apparent estate planning. Thus that money is tied up in a Minnesota probate court with various relatives and others claiming to be relatives and beneficiaries trying to get a piece of it, while the people he might have named as beneficiaries do not have access to the resources he would have bequeathed them. Furthermore, the estate is likely subject to massive estate taxes that might have been reduced with proper planning.

By taking steps to get your estate planning affairs in order now (even if you are a relatively young person – remember Prince was only 57 when he died accidentally), you can make sure that your beneficiaries get the property you want them to have and all steps are taken to reduce taxes and delay in the distribution process.

See What a Pasadena Estate Planning Attorney Can Do For You

Christopher B. Johnson is an estate planning attorney in Pasadena, CA who has helped thousands of individuals and families over the past 18 years in creating and reaching their estate planning objectives. Schedule a consultation with him today to discuss your estate planning goals.

Christopher Johnson has been helping individuals, business and families with estate planning matters for over 18 years. Whether your needs are as simple as creating your first will or as complex as oil and gas trusts or probate litigation, we make caring for your estate planning needs easy, effective and affordable. Chris can be reached by calling (888) 503-7615 or via email.

Can I Completely Avoid the Probate Process?

The information on this website is for general information purposes only. Nothing on this site should be taken as legal advice for any individual case or situation. This information is not intended to create, and receipt or viewing does not constitute, an attorney-client relationship.

If I can help in any way, please don’t hesitate to call or leave your details and I’ll get back to you.

Email Us
Get A
Call Back
Pay
Online 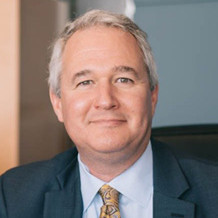 Law Offices of Christopher B. Johnson